WOCCU, AACUC leaders focus on how the credit union industry can provide solutions to address racism, and issues related to diversity, equity and inclusion (DEI)

MADISON, Wis.—Motivated to effect change in the wake of George Floyd’s death and the protests that followed across the United States, World Council of Credit Unions (WOCCU) welcomed hundreds of credit union professionals from across the globe to a June 9 webinar featuring Renée Sattiewhite, President and CEO of the African-American Credit Union Coalition (AACUC).

During the webinar—Today’s Racial Turmoil and the Credit Union Answer—Sattiewhite spoke about the systemic challenges facing African-Americans in the United States, and how her organization and the entire credit union industry can work to enact change.

“The philosophy of credit unions is ‘people helping people.’ Well, when you start there and you know that’s what you want to forge to, I believe that you can make a difference just in being kind to one another,” said Sattiewhite.

With a mission to “increase diversity within the credit union community through advocacy and professional development”—Sattiewhite says the AACUC is now going a step further in rolling out its “Commitment to Change” initiative this week.

“We want credit unions all across the nation, and those of you who are international, to please join with us in eliminating and eradicating racism. Unite against racism—because it could be me that’s under somebody’s foot or dying,” said Sattiewhite, who also answered nearly a dozen questions from attendees.

The questions ranged from issues dealing with racism, rioting and white privilege—to how credit unions can successfully employ more diversity, equity and inclusion (DEI) initiatives for African-American employees and members.

“This is not just a local issue; it is a global issue and one for which we find credit unions on the frontline. Renée does us a great service by helping us understand the problem and its underpinnings in the U.S. and by addressing what credit unions can do to address the wider societal problem,” said Brian Branch, World Council President and CEO.

“Racism or discrimination flourishes where people do not know each other,” explained Sattiewhite.

That’s why AACUC and WOCCU will start by addressing discrimination through scholarship exchanges between the two organizations.

“World Council has always been about building bonds across borders and across cultures. One of the ways we fight racism and discrimination is through building bonds through exchanges and shared experience: ‘una viventem’—living and working together,” explained Branch. “We knock down the walls that separate us in this global community.”

You can watch the entire webinar featuring Renée Sattiewhite on WOCCU’s YouTube Channel. 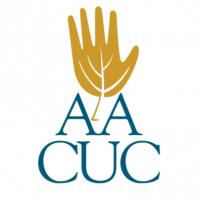