The Distinguished Service Award (DSA) is the international credit union system’s highest honor, first presented by World Council in 1986 to recognize member organizations and individuals for their outstanding contributions to credit union development outside their home country. Nominations for the 2023 Distinguished Service Award are now open. Click here to fill out a nomination form.

DSA Individual: Individuals who have provided exemplary service to the international credit union movement and have positively influenced credit union development outside their home country qualify for the individual category.

DSA Institutional: Organizations that have provided financial and technical assistance over an extended period of time to develop international credit union movements and their service infrastructure may be nominated in the institutional category.

The World Council awards committee reviews all nominations and selects the DSA recipients. Only World Council member organizations may make DSA nominations. Individuals nominated for the award should demonstrate some or all of the following:

Institutions nominated for the DSA must meet the following qualifications:

Previously nominated individuals or institutions that have not been selected may resubmit their candidature for consideration with updated documentation.

To nominate a candidate, please submit the items listed above in the nomination checklist.

World Council will present DSA winners with their award during the 2023 World Credit Union Conference in Vancouver, B.C. (Canada), July 23-26.

World Council presented the 2022 Distinguished Service Award (DSA) to Marshall Boutwell, President and CEO, Peach State Federal Credit Union (USA). He was nominated by the Association of British Credit Unions Limited (ABCUL) for his long history of engagement with credit unions in Poland and Great Britain. Boutwell was one of the original participants in the Georgia-Poland Partnership, which links credit union executives from the U.S. State of Georgia with their counterparts in Polish credit unions. Since 2016, Boutwell has also supported two different British credit unions in their development journey—offering guidance, expertise, access to his team, exchange visits and direct financial contributions to support the ABCUL Credit Unions Futures program (an immersion program to develop young leaders). 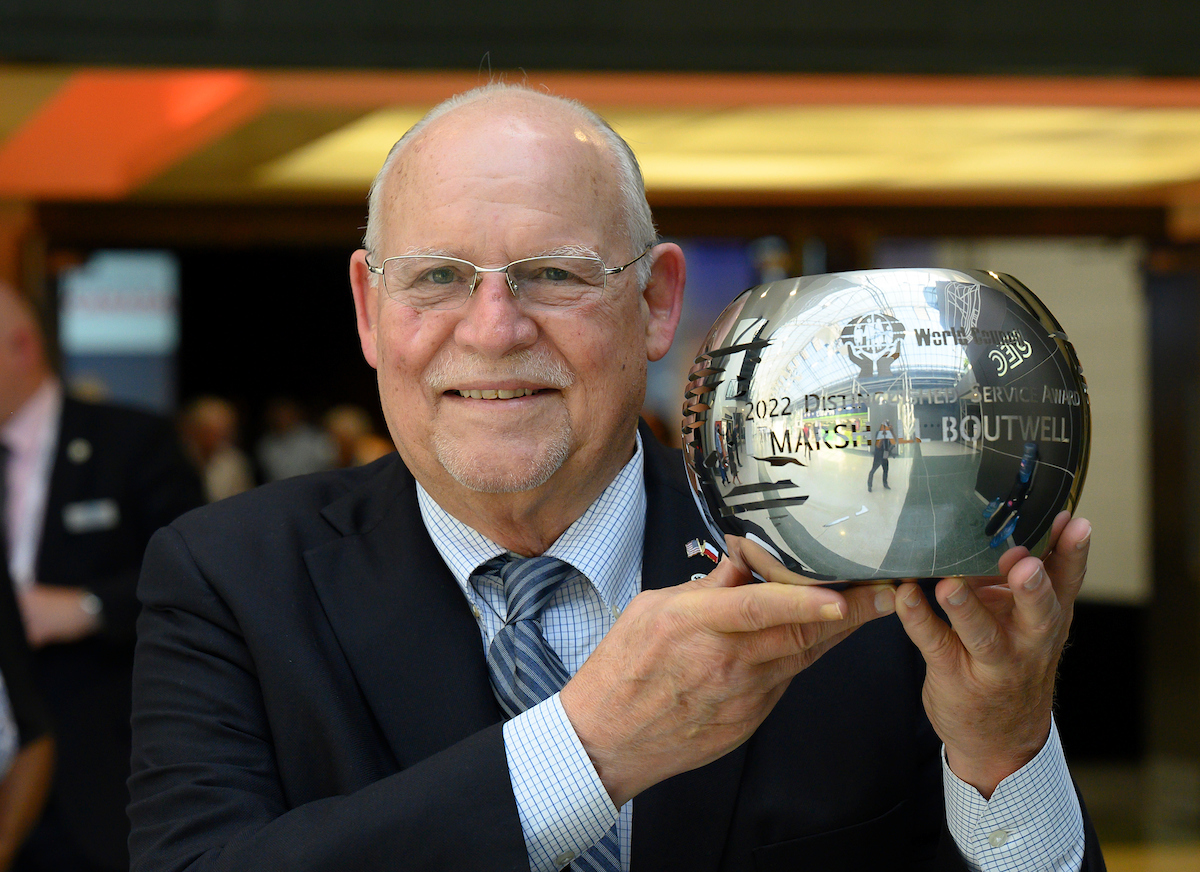