MADISON, Wis.—The International Accounting Standards Board (IASB) of the IFRS Foundation this month issued proposals to update the IFRS for SMEs Accounting Standard—a step long-advocated for by World Council of Credit Unions (WOCCU) as a way to reduce regulatory burdens for credit unions when implementing IFRS 9, or CECL as it is known in the United States.

The proposal permits smaller financial institutions to state their financials in conformity with the IFRS for SMEs accounting standard, signifying a “lighter touch” than the full IFRS standard. This will leave room for national-level regulators to adopt a standard that can reduce regulatory burden and still provide financials in accordance with international standards.

Several countries have applied their accounting standards for credit unions loosely based on IFRS for SMEs, while others have been hesitant to consider this approach subject to the definition of “publicly accountable” contained in the standard.

The proposed amendments will bring some needed clarity to the characteristics of an entity that is considered “publicly accountable,” thus clarifying that the IFRS for SMEs standard can be afforded to credit unions.

“Clarification that allows some credit unions to be considered IFRS for SMEs compliant, especially smaller institutions and those in developing countries, is sound public policy. It will help limit excessive compliance burdens on small institutions and increase the usefulness of their accounting statements,” said Andrew Price, WOCCU Senior Vice President of Advocacy and General Counsel.

WOCCU will provide comments on this proposal to the IASB soon, with anticipation that finalization of the proposal may occur in 2023 or early 2024.

A copy of the IASB proposal can be viewed here. 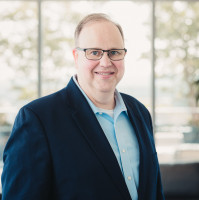