“Despite the COVID-19 pandemic continuing to impact credit unions across the globe in 2021, they still managed to increase membership by 5% and grow assets by 9%,” said Elissa McCarter LaBorde, WOCCU President and CEO. “For WOCCU to ensure that type of growth continues, and credit unions are able to reach even more underserved populations, we need to gather more specific data from national credit union associations than ever before. While some data sets in this report are more complete than others, this is just the first step in our plan to offer a continuously clearer picture of the challenges and opportunities credit unions face in each region of the world.”

Membership and assets up, but not everywhere

Europe was the only region to see a decline in credit union assets, while Australia and New Zealand both saw declining membership.

Digitalization is the clear top priority for credit unions overall, with 81% of respondent credit union associations ranking it at or near the top of their lists.

66% identified membership and asset growth as another top priority, including 83% in Europe, 80% in Africa and 57% in Asia.

While there was less consensus on the greatest risk concerns, 60% of respondent credit union associations identified macroeconomic uncertainties as a top risk, with Australia and many associations in Africa, Europe and Asia listing it as a major concern.

The 2021 Statistical Report also shows that the ability for credit unions to access or offer certain products and services varies greatly by region.

While credit unions in Australia and North America have full access to payment systems, that is only the case for 50% of the credit union systems in Latin America. More than half of respondent credit union associations in Europe, Africa and the Caribbean reported no such access.

Credit unions are not-for-profit institutions, because they do not distribute profits to shareholders but reinvest revenues to benefit their members and communities. But from a tax standpoint, that distinction is not recognized everywhere. There is nearly an even split in the number of countries that exempt credit unions from taxes and those that levy taxes on them.

Every customer-owned bank (credit union) in Australia pays taxes, along with 80% of credit unions in Asia and 73% in Europe. Those numbers fall precipitously in the western hemisphere, with just 17% of respondent credit union associations in Latin America reporting that their credit unions pay taxes—and none in the Caribbean countries with associations that responded to our survey.

The 2021 Statistical Report also features gender and age data on credit union members and executives, a breakdown of loan portfolios and insurance offerings, as well as information about access to correspondent banking and deposit insurance guarantees.

WOCCU reports data based on country responses to its annual survey and does not make estimates for non-reporting countries. The Statistical Report provides the most comprehensive data on the global credit union movement available and is cited widely by governments, international institutions and analysts as an expert resource.

You can view the full 2021 Statistical Report here. For a deep dive into the data, listen to Episode 18 of The Global Credit Union Podcast. 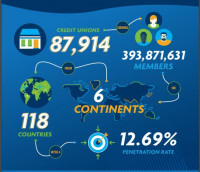 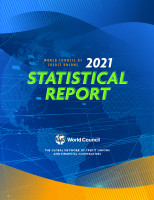