Rafal Matusiak is President of Poland’s National Association of Cooperative Savings and Credit Unions (NACSCU). He is a graduate of the Karol Adamiecki University of Economics in Katowice. From 1994 to1996, Matusiak worked for the Foundation for Polish Credit Unions, being involved in the establishment of credit unions in Poland.

From 1996 to 2004, he was with NACSCU as a management board proxy and auditor, and remained actively involved in the creation and launching of credit unions, mostly in southern Poland. He also dealt with comprehensive auditing of credit unions’ operations. In addition, Matusiak conducted training and consulted the operating credit unions on a running basis.

He worked for TUW SKOK (Credit Union Mutual Insurance Society) from 2003 to 2004, where he occupied the position of a management board member and also was the director for risk management issues. In 2004, he became president of the management board of TFI SKOK S.A. (Credit Union Investment Fund Society), a joint-stock company putting great stress on Socially Responsible Investing (SRI) in its operation. It was Poland’s first company to have established and registered the SKOK FIO Etyczny 1 and SKOK FIO Etyczny 2 funds (open-end ethical investment funds).

Matusiak was appointed President of NACSCU in October 2012. After amendments made to the Credit Unions Act in 2012, the two main functions of NACSCU are the stabilization function and the control function. NACSCU also plays the role of a cooperative audit union and represents the interests of Poland’s credit unions toward public authorities and international organisations. It performs many other functions concerning training and consulting, development of IT system standards for credit unions, intermediation in clearing services and payment card issuance. In addition, NACSCU accepts deposits from credit unions and gives credit and loans to the latter. 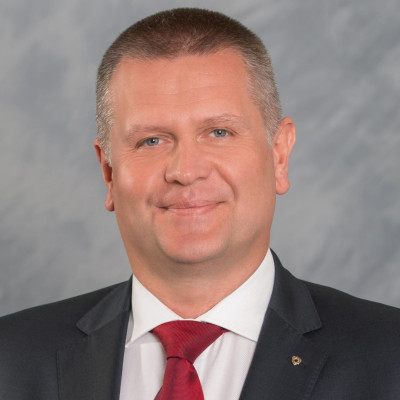