MADISON, Wis.—World Council of Credit Unions congratulates its President and CEO Brian Branch upon the announcement of his retirement, effective July 2021.

Dr. Branch has enjoyed a career that has spanned 31 years with World Council. Branch was promoted to his current position in 2011, and will retire as one of the longest serving presidents and CEOs in World Council history.

Branch’s accomplishments over the course of three decades are numerous. He led programs to:

Branch also led the positioning of World Council to interface with international financial market standard setters, such as the Basel Committee on Banking Supervision, to mitigate the impact of regulatory burden before it reached national regulators.

“There is no question we will miss Brian’s expertise and leadership going forward, but he has put us in a position to successfully move World Council forward into the future,” said World Council Board President Rafal Matusiak.

World Council’s Board of Directors has begun the search for a new president and CEO, who is expected to be onboarded prior to Branch’s departure.

Learn more about Dr. Branch's passion for the work he has done in this interview with Mike Lawson on CUBroadcast. 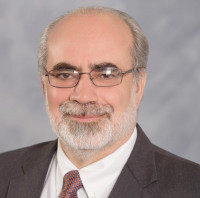